The specific quality of Europe and the Mediterranean space is its heterogeneity, its overlapping moments and its similarity. Insofar, one could say that it is an ideal subject for cultural analysis in a historical European perspective. The sea also demonstrates and represents the fluid character of culture itself as a dynamic process of peaceful but also hostile relations, changes and transfers, opening and closing.

In our project we want to connect theoretic issues with concrete cases studies that analyses the images and narratives in a space that connects Europe with its neighbours in the South and in the East. As David Abulafias “biography” of the Mare Nostrum makes clear, this specific sea with its moderate dimensions has a long history with changing political and cultural actors.

In the first part of we will concentrate on topics that are more general, such as culture, transfer, ‘identity’ and similarity. In the second part we will present certain aspects and places of the Mediterranean areas, such as ports, travelling and adventure, weather and nature, islands, rule and power, language and the arts.

Literature and theatre are seen here as more or less systematic and explicit media of representation and constructing Mediterranean Sea and its lands and regions. We will confront literary perspective from inside with those from outside.  Cultural analysis implies a cross-disciplinary access including literary, theatre and film studies, philosophy, political history and history of the arts. It is planned to invite two guest speakers from two Mediterranean countries (Italy, Greece).

Paradigms of European Cultural Analysis is part of  a larger scientific and cultural project that is transnational, cross-disciplinary and includes a dialogue between sciences and literature, theatre and the arts. 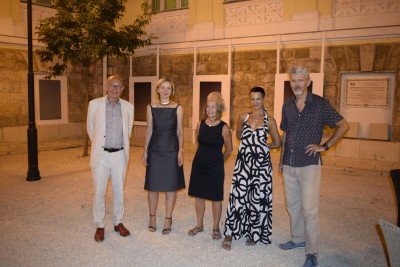